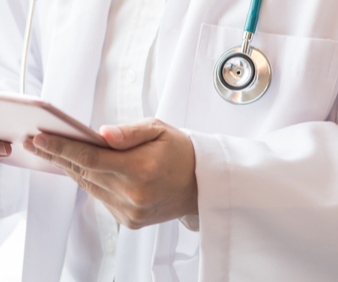 Our Medical and Scientific Advisory Panel are a group of UK-based scientists and medical professionals who kindly donate their time and expertise to support and advise The Vitiligo Society.

Professor David Gawkrodger is honorary professor in dermatology at the University of Sheffield. He has a long standing interest in the clinical and immunological aspects of vitiligo, and was the lead author on the British Association of Dermatologists’ guideline on vitiligo.

Dr. Linda Papadopoulos is a Chartered Counselling and Health Psychologist and an Associate Fellow of the British Psychological Society. She has worked in various treatment settings both privately, with her own practice and in the National Health Service.  During her 20 years as a Chartered Psychologist, she has gained extensive experience in the counselling of individuals, couples and families. She was recently included in the Top 20 therapists inLondon by the Evening Standard newspaper and was awarded the Madame Figaro Women of the Year Award in the field of academia.

Dr Viktoria Eleftheriadou is a dermatologist with a specialist interest in vitiligo and paediatric dermatology. She completed her PhD in vitiligo at the Centre of Evidence Based Dermatology, the University of Nottingham. She underwent specialist training in Birmingham and Leicester. She is the lead author of the British Association of Dermatologists (BAD) clinical guidelines on treatment of vitiligo. She produced numerous publications on vitiligo in highly cited, peer-reviewed journals including the British Journal of Dermatology, the Journal of the American Academy of Dermatology and the Lancet. Moreover, Viktoria is leading an international initiative on outcomes in vitiligo and presented her research at national and international meetings and conferences.

Dr Jonathan Batchelor qualified in medicine in 2000 from the University of Nottingham Medical School. He completed his dermatology training at Cambridge University Hospitals NHS Foundation Trust (Addenbrooke’s Hospital). He is now Consultant Dermatologist at Beckenham Beacon in Kent, part of King’s College Hospital NHS Foundation Trust. He previously held Consultant Dermatologist posts at Derby Teaching Hospitals NHS Foundation Trust (2014-18) and Nottingham University Hospitals NHS Trust (2010-14). He was Assistant Professor at the University of Nottingham’s Centre of Evidence-based Dermatology from 2010 to 2020, working with Professor Kim Thomas and Professor Hywel Williams. Dr Batchelor’s research work centred on NIHR-funded trials for vitiligo and eczema, including working as Chief Investigator for the HI-Light Vitiligo Trial. He is also interested in improving the standards of design and reporting of clinical trials in the field of dermatology and in encouraging the involvement of healthcare consumers in developing dermatology trials. He is currently a member of the British Association of Dermatologists’ Vitiligo Guideline Development Group.

Dr Andrew Thompson is a Consultant Clinical Psychologist with over twenty years of experience of working in the NHS. He is currently the Director of the South Wales Clinical Psychology training programme, which trains clinical psychologists in collaboration with Health Boards in South, Mid, and West Wales. He is a Professor of Clinical Psychology at Cardiff University and a visiting Professor in Clinical Psychology at the University of Sheffield. Andrew is dually registered as both a health psychologist and a clinical psychologist, and in addition to working in the NHS he also conducts research and has over 100 peer reviewed publications and book chapters. He has authored several articles specifically focused on psychosocial aspects of vitiligo. He has supported the work of a number of skin and burn care related charities both internationally and within the UK, and he is a lead author of the Wiley clinical psychology textbook on working with appearance concern. He has supported a grant application from the founder of VITSAF, and was the lead psychological advisor to the UK 2020 All Party Parliamentary Group on Skin Mental Health Report.

Dr Alia Ahmed is a Consultant Dermatologist and Site Clinical Lead for Dermatology at Frimley Health Foundation Trust. She is also an Honorary Consultant at Barts Health NHS Trust. Dr Ahmed graduated from Barts and the Royal London School of Medicine in 2008 and completed her Dermatology training in London, including a research fellowship in Psychodermatology, becoming a consultant in 2017. She also has a BSc in Psychology with Clinical Psychology. In addition to her NHS work, Dr Ahmed is an honorary lecturer in Psychodermatology at the University of Hertfordshire. She is active in research and has presented internationally, as well as having several peer-reviewed publications and a research fellowship with the UK Dermatology Clinical Trials Network. Dr Ahmed is on the executive committee for Psychodermatology UK, and a spokesperson for the British Skin Foundation, as well as a contributor to the All Party Parliamentary Group on Skin. She is a regular contributor to several periodicals and enjoys writing about the link between mind and skin. Her specialist interest is in the psychological effects of chronic skin disease, specifically the link between the skin and stress. Dr Ahmed is part of the Psychodermatology team based at The Royal London Hospital, where she sees tertiary referrals. This clinic is specifically for people whose lives have been severely affected by their dermatological disease. Dr Ahmed provides holistic care to her patients, and strongly believes the interaction between the brain, skin and mind is key to achieving healthy skin.

Professor Dorothy Bennett is the Director of the Molecular and Clinical Sciences Research Institute at St George’s.  Her research interests have been focussed on the genetics of pigmentary disorders, including vitiligo and especially melanoma (pigmented skin cancer) She has a particular interest in cell senescence, which is connected to many disorders of ageing and to our body’s defence against cancer.  Professor Bennett has a long record of association with the Vitiligo Society and has provided several articles for publication in our newsletter.